On a sunny afternoon last weekend, we headed to the Cruickshank Botanic Garden at the University. Inspired by a friend who posted her son's pictures from the garden, I decided it was time to let the kids take a turn with the small camera. It was very fun to see the pictures, framing struggles and subject choices. 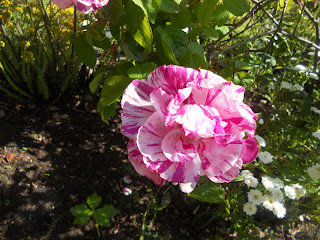 Joshua was given first turn with the camera. He was very excited to focus on entire flowering bushes in the beginning. As he went on, he discovered that he could move closer on a single rose. Lovely! 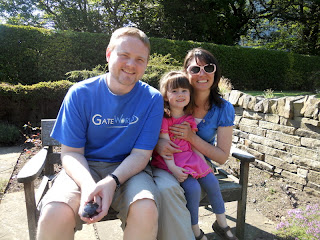 He also became excited to be the one in control and telling us all what to do while he took pictures of Dad, Mom and Abigail. We got to pose at every opportunity. 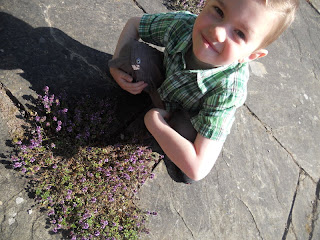 Abigail was more abstract in her picture of people. She originally wanted to capture a picture of the heather growing between the crack in these slabs. When Joshua jumped into the shot above (with mom's encouragement) she gladly took a picture of him in addition. 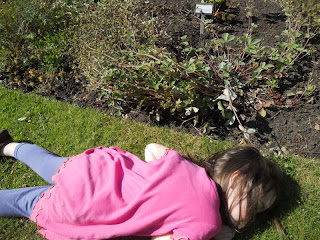 I do love that Joshua caught this moment. I had not even seen her laying in the grass, but Joshua saw it as a picture moment. Very cool! Soon after this, Joshua became obsessed with taking pictures of signs and completely gave up on flowers. 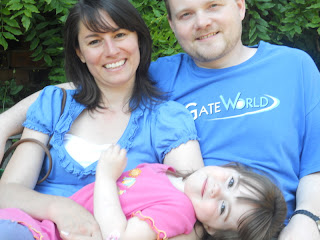 The biggest challenge for both of the kids was the framing. Several times when taking pictures of people, they would stand too close, or move the camera while taking the shot. As you see above, there we several pictures with our heads not quite in the shot, if they made it in at all. 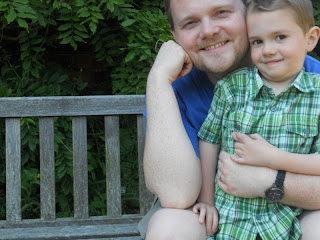 As you see, Abigail also had some trouble with the framing. She also had a difficult time with the focus because her hands would move so much while taking pictures.
We had a great time and I now realize that we need to find an inexpensive, durable camera for them to use more regularly. Check out all the great pictures they took in our FB album, where I have indicated who took the picture in the captions.
Posted by Christy at 2:10 PM