Day at the Aberdeen Beach

Last week we had two glorious days in Aberdeen. It was incredibly warm and we headed to the beach with our friends after school. It was pretty windy by the water, but we had fun! 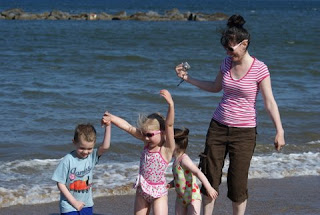 The kids even decided to run around in the freezing, North Sea. I was surprised that the water didn't feel quite as cold as usual. 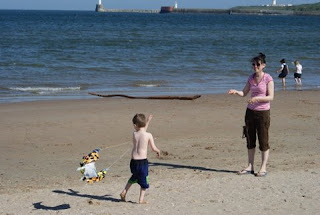 Joshua and I tried to fly the cheap little kite I had brought, but the wind was too strong for the plastic kite. We finally had to give up or risk ruining the kite. 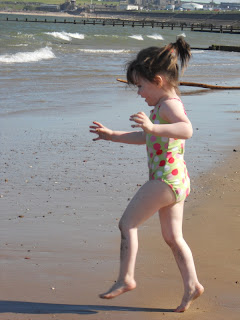 Abigail was very excited about playing in the waves. The North Sea doesn't get high waves, just enough for a little playful running. 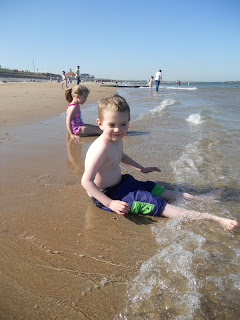 Joshua took a fall in one of the bigger waves, but after he recovered, it gave him more confidence to get wet in the waves. 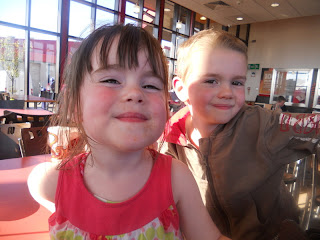 After the beach, we walked up to the nearby Burger King for a special dinner. It was a fun, tiring day. Abigail laid down on the seats after dinner to rest for a little bit while waiting for ice cream.

There are some more shots in our online photo album.
Posted by Christy at 6:35 AM