Aberdeen received the first big snowfall early this year. By Thanksgiving Day, we had already received six inches of snow, and it continues to fall as frequently as we would normally receive rain showers. 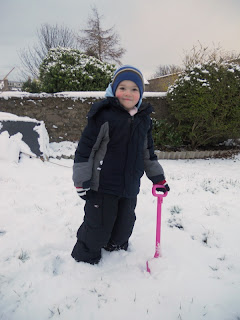 The kids have been thrilled. They are convinced that it must be Christmas, if we have so much beautiful snow. 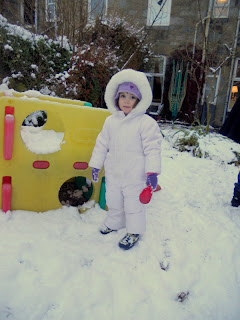 Abigail loves this cute little snow suit we were given. I have been stopped on the street multiple times with people asking where I found it. Sorry everyone, its Old Navy, from the States. 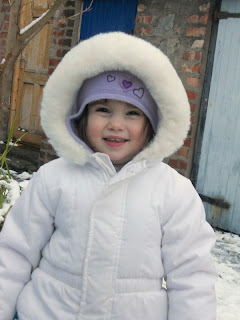 Abigail loves the idea of snowballs. The last several walks we have take, she starts by carrying a little snow ball and stops every half minute to grab another hand full to add to her snowball. Then she displays her snowball by the front door for Daddy to see when he arrives home! 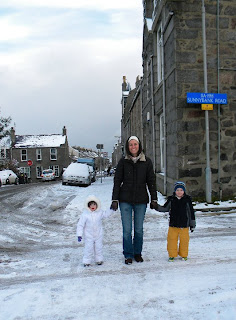 Joshua has still had school each day, though they normally let the kids out early so teachers can be on the road before the sun sets at 3:30pm. 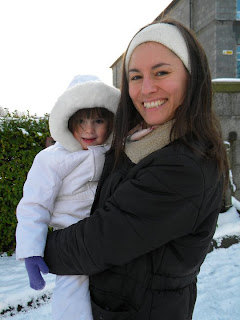 On our walks home from dropping off Joshua, Abigail is normally ready for me to carry her. We tried the stroller once, but that was too hard on my back. 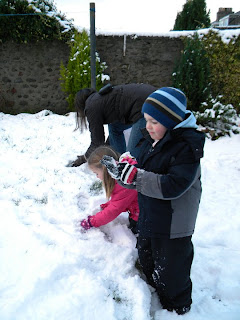 We spent some time playing in the garden with some friends. We shoveled, made snow balls and tried to knock the snow off the roof (without much success, I might add), and just had a great time.