After touring Edzell Castle, we headed south to the little coastal town of Arbroath to visit the ruins of the Arbroath Abbey (and to eat Arbroath Smokies, but that is for another story). 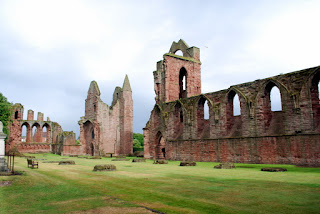 The abbey was founded in 1178 for monks of the Tironensian order by King William the Lion. The abbot's house, the guest house and the gate house are still relatively intact, but the abbey church has fallen into ruin. 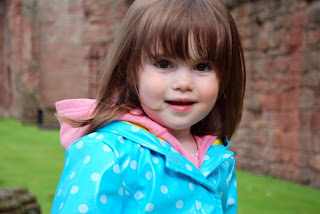 We loved exploring these beautiful buildings. The stones contained the same red coloring of Edzell Castle only a short distance away. And we enjoyed the improving weather as well. The rain stopped and the sun came out shortly after we arrived. 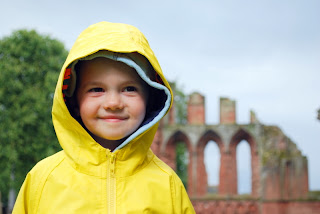 There is some incredible history that occured here, the most famous being the Declaration of Arbroath to Pope John XXII after Robert Bruce defeated Edward II of England at Bannockburn in 1314. The letter laid out Scotland’s case that it was an independent, sovereign kingdom and should no longer be excommunicated from the church. 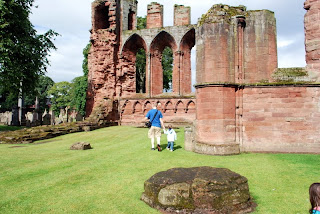 The stunning front windows of the altar area draw your view toward the front of the church. Standing among the fallen pillars, you can imagine the worship of the past echoing through the cathedral. 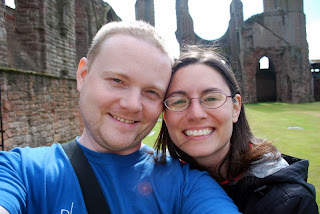 The interior of the abbot's house was incredible. I loved the arched ceilings and central pillars. Joshua was not fond of the darkness inside the house, and I can only imaging how dark it was years ago only lit by candle, especially in the middle of a Scottish winter. 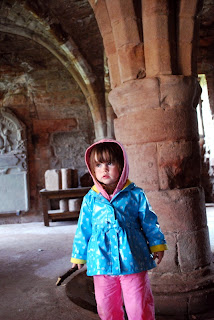 Abigail more bravely explored the house and enjoyed the break from the wind. By the end of our visit, we were all in short sleeves (except Joshua, who always wears his sweatshirt) and rejoicing in the sun. 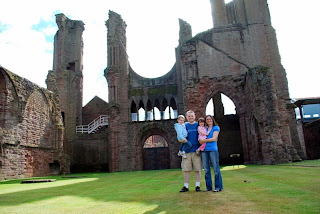 Visit our photo album for more pictures from our visit to Arbroath Abbey - July 2010.
Posted by Christy at 11:28 PM