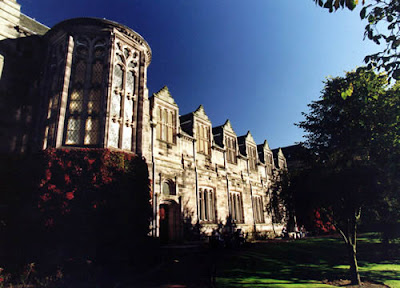 Yesterday, Darren sent in his acceptance to the University of Aberdeen for their PhD degree in Divinity,a three to four year program. And the countdown to Scotland officially begins!

Most of the details are still up in the air, but here is what we know so far. The PhD programs begins on October 1, 2009. We will remain in Princeton until the end of July. After putting our stuff in storage, we will be staying with family in the Northwest until mid-September.

The school does not have family accommodations, so we will need to locate off-campus housing. Darren may be going over in August for a week or two, if we cannot successfully locate a place to live via networking.

We are very excited about the adventures that God has planned for us in the next few years. For now, there are a million details that need to be done before we leave.
Posted by Christy at 5:27 AM

Email ThisBlogThis!Share to TwitterShare to FacebookShare to Pinterest
Labels: Aberdeen